Trolls, Moles and Other Freaks 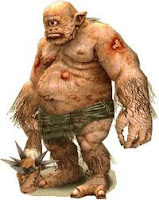 It’s been awhile since I have put my organizational psychologist hat and made some observations of this blogosphere I found in my petri dish. But it’s definitely time. I have learned so much over the past several months. Also, just for those of you wondering what the heck and organizational psychologist does, here are some things we don’t do, at least not professionally:

Care about helping people have a better day at work – at least this one does
Look at groups and teams and environments as interconnected systems
Understand, to varying degrees, group dynamics and human psychology especially related to group behavior

Just wanted to get that off my chest. So no, I can’t organize your closet, but if you excel at that, please come to my house, we could really use your help.

Here are my latest observations of the blogosphere:

Trolls. When I was a little girl I read every fairytale book our local library offered. Does anyone remember the green, red, pink, blue fairly tale books? This is where I first learned about the concept of Trolls. They usually lurked under bridges and harassed unsuspecting travelers with fear and threat of pain and worse. They were usually pretty scary but always had one huge weakness – they are stupid as rocks. So if you encountered one, if you kept your head about you, you could usually outsmart them and escape their smelly ugly presence.

Imagine my surprise to find out, in my 30’s, that trolls really do exist, at least in the blogosphere. You can read all about them here and see a comparative visual of under bridge troll to a cyber troll here. I even had a troll visit Ryn Tales, which is why I had to turn comment moderation on. You can thank the delay in seeing your comments posted to Ryan Wells, my favorite troll supposedly from Herndon VA. Ryan was kind enough to go trolling around David’s site and generally try to take a swipe at anyone who came within his myopic vision. Like I said trolls are dumb. Just the same they can be a nusience. So if you have one at your site, manage it because it can get out of hand. The presense of one managed to close down one of my favorite sites. Sigh. Seems that in the blogosphere human nature is in charicature mode and people don’t hesitate to do things under the cover of anyonymity that they would hesitate to do face to face. Did I mention trolls are really the epitemoy of cyber bullys and on top of being dumb they are cowards as well?

Moles. There are even moles in the blogosphere. I hope not as many as in my garden. The moles in my garden eat all the bulbs or at least nibble on them causing no flowers to grow. Moles in the blogosphere do something similar. They comment as if they were someone else so that they can stir the pot and get everyone upset. Isn’t that unbelievable?! But sadly it’s true. Some people have way, way too much time on their hands.

Also, to all the trolls and moles out there, here’s something you might be cognizant of, oh um, I mean something you should try to understand: Site Meter. There is no such thing as complete anonymity unless you can find a Tesla-like way to post without using a computer or cell phone. And if you can manage to do that you are probably not a troll or mole, due to your superior IQ.

Web Rings. There are groups of bloggers with natural affinities that find each other through linking. It’s akin to finding your people in life, people who have similar values, interests, and life circumstances. You find them, and they stick with you until these things change.

In the blogosphere I have found such affinities by exploring the links of bloggers I love. And guess what, they are linked to other bloggers of equal interest to me. These affinities are called weak ties are actually really strong ties in that they connect you to clusters of people, information and opportunities that you could not connect to otherwise. It’s the whole six degrees of separation thing. By linking and following links you connect to people that you would not readily run into in your day to day.


The power of weak ties allows small groups of people to effect large scale change. I am hoping that the weak ties provided by Ryn Tales and the other sites I connect to will effect the social change of easing societies’ collective fear of disability. By showing pictures of Ellie and telling her story l hope people several degrees separated from my reality will stumble across Ryn Tales on the linked skipping stones and maybe realize the important gifts that come with diversity.
A very cool webring has turned into a Yahoo Group especially for mom’s of children with CP thanks to Billie. You can find it here.
Posted by Kathryn at 3:42 PM 6 comments: Links to this post