Pictures in order: 1. Ellie watching the Red Sox batting practice behind home plate where she got to hit the ball of the T this summer. 2. Ellie in New Port RI laughing at the man at the next table who is eating a big salad. He pretended not to notice that she was laughing at him...must have been from Boston. 3. Ellie at the Getty. We took her there many times before we left LA when she was only months old. It's a lovely place. Very peaceful with all that Travertine and dry desert air. 4. Ellie in her tent on the beach at Carmel. The water was so cold it put her off swimming for a bit. But she loved napping and laughing in her tent. The lack of sleep was less wearing on her. 5. Ellie as Snow White right before Trick or Treating. 6. Ellie in the morning as Snow White going to ballet class. She was basically Snow White all day. She loved that costume. Thanks to Liz who gave Ellie a lend of it! 7. Ellie carefully sampling a taste of the first Apple Pie she has ever made with her Dada. I put these pictures first, lest you should feel sorry for us after reading the post. It's amazing all you can do on no sleep whilst worrying. ;-) 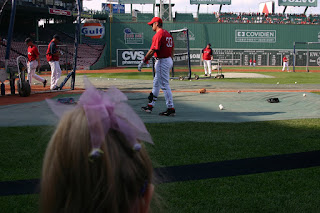 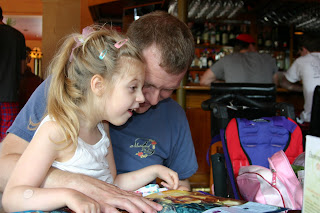 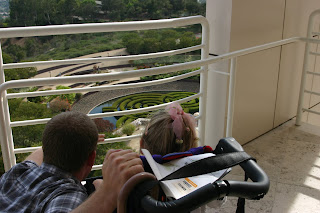 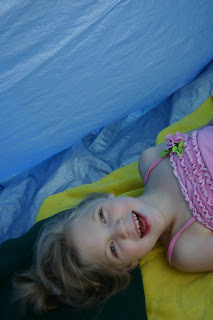 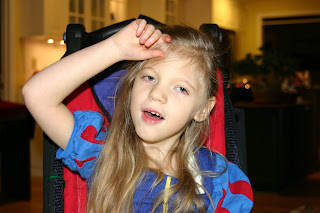 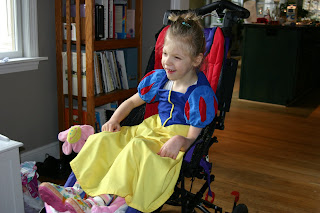 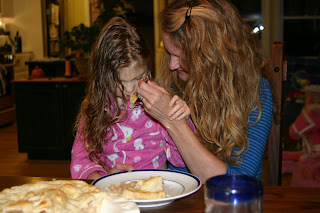