Knee Surgery Update: warning, this post was written under the influence

I am home, on Percocet with a funky self-filling ice pack on my heavily bandaged right knee. The surgery went well though when they got a look in my knee they found two miniscule tears on each side as well as damaged cartilage and a good bit of bone against bone. So they repaired the tears as well as performing a microfracture surgery to repair damaged cartilage. The microfractures they make with an AWL encourage the body to heal the newly broken bones and grow new cartilage. Lovely to know an awl came in handy for me poor knee (yikes!)

I was a little freaked out before the surgery because the last two I had one of which was the emergency c-section when Ellie was born were traumatic. But Doctor Micheli is a superstar who works on the knees of tons of famous athletes. He also operated on me when I was 13 to lengthen both Achilles tendons to correct my bilateral Equinovarus stuff. I have to say his bedside manner has improved. I was waiting, and quietly freaking out just a little, trying not to cry feeling a bit like Paris Hilton crying on her way back to the slammer somewhere between total fear and humiliation for showing it. But he came up and held my hand and said with a warm smile, “You ready! It’s going to be fine.” I did feel a little better. I can see he has worked on his bedside manner. When he operated on me when I was 13 at Children’s hospital Boston just before I went under he told me very seriously, “This is the most painful operation I perform. I just want you to know.” Er, Danielle and all other med students out there, for the record, I really could have lived without that comment. Though looking back I realize he was just trying to prepare me.

I obliged by proving him correct as I woke up screaming and proceeded to need a Morphine drip for an entire week. I was in the hospital for about a month after that or so. After that first week though, when the pain was not so excruciating I made friends with a couple of the six other kids in the ward and got good at using a wheel chair and then crutches. I remember 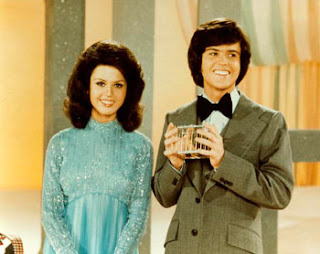 having to learn to walk again and that being painful. I also remember meeting Donny and Marie Osmond. For those of you not familiar with them, they are the Mormon equivalent to Sonny and Cher. And I had grown up watching the Donny and Marie show. They were nice and signed my casts. I thought Marie was much prettier in person. As I write this I wonder if I will regret blogging while on Percocet. The next year at age 14 I took up bicycle racing and won the CT state road race and time trial as well as the local time trial series and even some criterion races. The operation the previous summer was a success and has carried me many miles until recently.

This time around I was once again in the steady hands of one of the best surgeons ever. So I know he did what he had too. However, the upshot of all that lovely 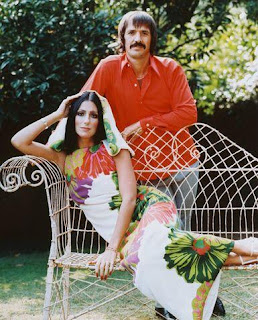 MICROFRACTURING, I just want to say that over and over. Do you know they use a little ice pick type tool to do that – the Awl – yes I mentioned that earlier! Yikes. Anyway, MICROFRACTURE, microfracture, sorry it’s the Percocet. The upshot is that my expected recovery path of only needing crutches for 3 days and being able to bear weight, which come on, let’s face it, is a euphemism for carry my quadriplegic 28 pound daughter everywhere in two weeks has drastically changed. Now I can’t put more than 20 percent of my weight on that knee for 6 weeks. Meaning I will be on crutches unable to lift Ellie for 6 WEEKS! six weeks, weeks, weeks, weeeeeeeekkkkksssss. Did you hear the echo?

See what putting this off for seven years got me. Dave has been a super trooper running around like a "blue arsed fly" as he would say but hasn't said yet getting everything organized. I can only account for his positivity in the face of a long six weeks ahead to the fact the he is really cheered up by the various renditions of "I got you babe" I keep singing to him as he works his butt off.
Posted by Kathryn at 8:38 PM 12 comments: Links to this post

Email ThisBlogThis!Share to TwitterShare to FacebookShare to Pinterest
Labels: About Me, Carpe Diem

Thanks to everyone for all their comments on Medical Ju-Jitsu as well as Ellie's floor scooter.

I am going in for a knee surgery today. Fun, fun. I should be home tonight and posting again by Monday. Maybe even posting more as I won't be able to get out in my garden much for a week or so. I have been putting this surgery off since 2000 when I injured my knee. First it was graduate school, then it was defending the dissertation, then I had this big job, then I was pregnant and then Ellie was born. There's never a good time is there?

Wish me luck.
Posted by Kathryn at 7:43 AM 6 comments: Links to this post