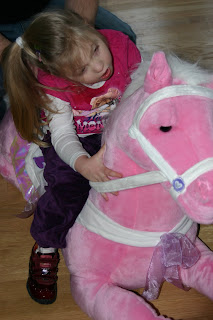 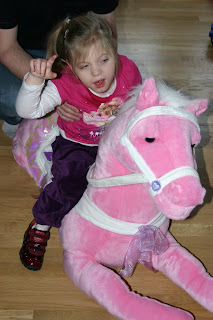 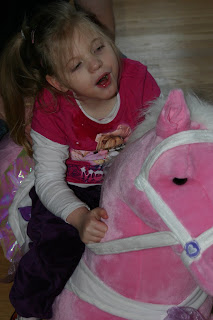 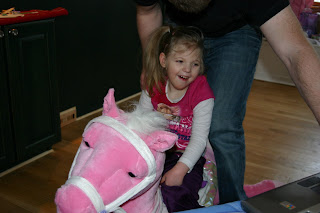 Over a year ago now, Dave bought this little blue scooter board so that we could sit on it and help Ellie use her gait trainer - also called Pony. Ellie got pink pony (who has yet to be officially named by Lady Muck) from Santa. Being snowed in has its benefits in finding ways to make the day fun. We put it under pink pony and were able to take Ellie for a ride. She love it. We should have video taped it but no one had an extra hand with Dave in the back and me pulling from the front, but the squeals out of Ellie are a testament to all the work we have done on raising her diaphragm.
Posted by Kathryn at 9:32 PM 8 comments: